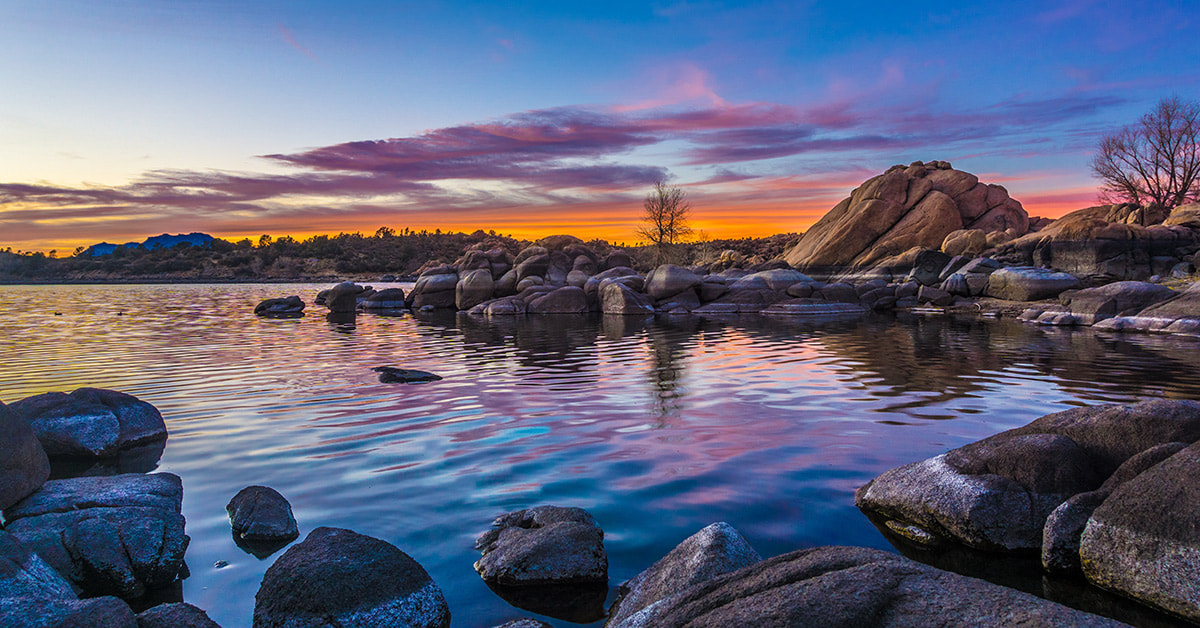 Nestled along the Granite Dells, Watson Lake makes for one of the most picturesque scenes in Prescott. Watson is a man-made lake created in April of 1915 with the completion of the Granite Creek dam.

The anticipation of a new lake close to the city brought the biggest celebration Prescott saw in many years.

There were notable speakers, free barbecue, Prescott's band, and a special train to get to the celebration. Acting Mayor AJ Head issued a proclamation declaring a general holiday from 1 until 5 pm.  Even the courts were closed.

Watson Lake was named for the president of the Hassayampa Alfalfa Company of Indiana. The hope was to build a canal system in Lonesome and Chino Valleys and use Watson Lake as the source to irrigate thousands of acres of grain crops.

A relatively large crowd of 1200 people came to the celebration. There were parking facilities for a hundred automobiles within easy walking distance of the ceremonies. A special train was scheduled to run the 4 miles and back at a cost of 45 cents (about $18 today).

"It was a faultless Yavapai spring day and the picturesque rocks surrounding the dam were dotted with nearly all the most prominent citizens of the mile-high county, their figures relieved by stunningly costumed ladies and romping progeny, all bespeaking a lively, dignified interest in the proceedings," the paper reported.

A platform was built on the top of the immense dam structure for the band and the speakers. It towered at a height of nearly 100 feet from the bed of the creek. US Senator Ashurst was the keynote speaker with several other notable people orating as well.

After the speeches, "The tenderest of barbecued Yavapai range steak was furnished free to all visitors."

Although the April 8th day of celebration was to include the closing of the 4-ton steel gates of the dam, that actually did not happen until the 14th.

As the lake filled, weekly progress was reported. Wagon trails became submerged and buildings required removal. Dozens would drive by daily to note the growing sheet of water.

Ultimately the irrigation scheme proved unsuccessful as the unlined canals consumed the majority of the water. The company that built the dam went out of business.